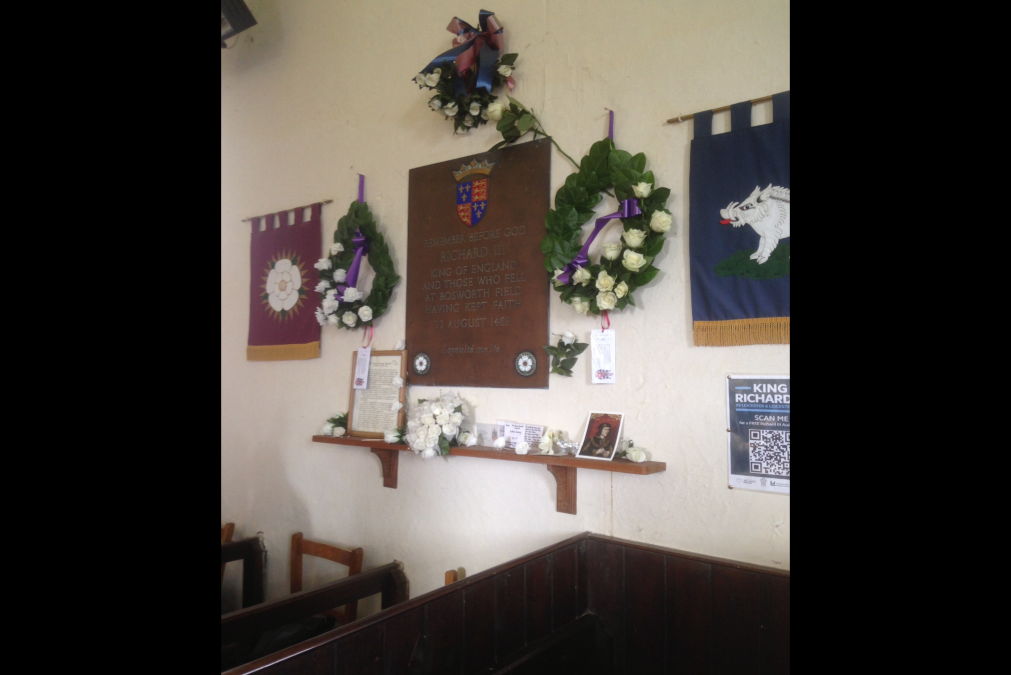 Photo courtesy Jennifer Eyre Bell
Each year, the Australian & New Zealand branches of the Richard III Society pay for a wreath to be displayed at St James’ church at Sutton Cheney in Leicestershire on the anniversary of the Battle of Bosworth in August.  Beautiful fresh flowers are placed in a commemorative wreath on 22nd of August each year, and then replaced with an artificial flower wreath for rest of year.
It is believed that Richard attended his last Mass at the church before the Battle of Bosworth on 22 August, 1485.  The Richard III Society holds a commemorative service here each year on the Sunday closest to the anniversary of the battle. Many of the needlepoint kneelers in the church are the work of members of the Richard III Society, in England and abroad.
More about the St James Church, Sutton Cheney